All About STD Testing for New Models

All About STD Testing for New Models 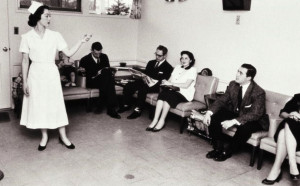 If you are thinking about getting into the porn industry as a performer, or perhaps you are even booked for a first scene, no doubt the thought has crossed your mind about sexual contact and sexually transmitted diseases (STDs), also called sexually transmitted infections (STIs).  Testing in the adult entertainment industry has been in the news quite a bit recently, but the news has been more focused on recent California initiatives or widely reported HIV outbreaks.  This article focuses on the nuts and bolts of testing for new models, and stays away from broader issues of condom usage and moratoriums (work stoppages due to a confirmed STD).

Will I and my scene partner(s) be tested for STDs? 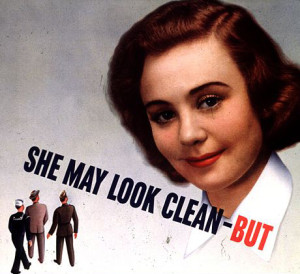 You should be tested prior to any shoots involving intimate bodily contact with another person.  If the prospective producer doesn’t mention it, ask.  If the studio doesn’t test,

Two of the largest adult industry testing organizations are PASS and Talent Testing Services (TTS), although some studios may have their own organizations and labs that they work with.  Both PASS and TTS have databases that allow you and your designated producer/agent to view the results of your test. or doesn’t normally test each performer before a shoot, that is usually an indicator of a problem.  Regardless of whether the company requires condoms for its sex scenes, many STDs can be harbored and transmitted in spite of condoms.  If a studio or producer, however, mentions testing first, and the studio pays for your test, that is a good sign that everything is legitimate.

Who pays for the test?

Most often, the studio (or your agent) will pay for the test.  Unless you are being taken to a testing facility by someone on staff, it is likely that the facility will require what is called a “draw fee” of around $25.  This must be paid on the spot, by you if you are going to the facility yourself, and is usually reimbursed by the company when you show up for your shoot.

The actual testing of the blood and urine is done at a testing facility, and these tests are pricey.  The full panel test that is standard costs around $185.  The reason there is a fee at the testing location (such as Any Lab Test Now, or a LabCorp or Quest Diagnostics) is because producers cannot usually pre-pay for the various facilities scattered across the country, only for the actual test.  Once the fluid specimens are taken, they are usually shipped overnight to the appropriate testing facility.

If I am traveling to do a scene, can I get tested close to home beforehand?

Sometimes, for convenience, or for performers who live far away from an affiliated lab, testing can occur after you arrive.  If this is the case, expect to wait up to a day or two waiting on the results before you can do a sex scene.

How can I be sure that my scene partner is free of STDs? 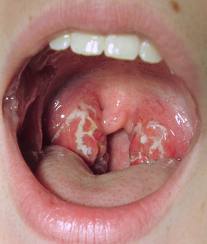 Surprise! Gonorrhea can be in your throat, not just your genitals!

Even if a scene partner has been tested a day before or a few days before a shoot, there is always a risk of becoming infected with an STD just prior to or after a test has been taken.  There is no 100% assurance; what adult industry testing does to is to minimize the risk to an acceptable level for the producers and performers.  For example, recently most major studios moved from requiring a test every 30 days for their performers to once every 14 days.  Some studios require a test within the last 7 days.  And, of course, some studios require no tests, or only HIV swab or pin-prick tests.  Each studio has its own level of risk, and as a performer you should be sure that your risk level matches with the studio you are working with.

That said, for studios practicing industry best standards, both you and your scene partner’s results should be available through a secure online application provided by one of the major testing companies.  If you want to be extra sure, make sure that the results are checked online via a secure login; do not accept a paper print out of test results (these can be easily forged or manipulated).

What will I be tested for?

The industry best practice is for performers to be tested for the following, and have clear results, at a maximum 14 days prior to a shoot:

The links in the above list will help you learn more about these very common infections.

The HIV test, in particular, is a very advanced test, looking for viral bits itself in the blood stream as opposed to looking for immune defenses (antibodies) an infected person would expect to have.  Thus, the industry testing can give far more confidence that HIV is not present, as opposed to the common free/cheaper testing that uses a swab of saliva or a pin prick on the finger.  While the antibody test is convenient, the lag time between becoming infected and showing positive can be up to six months; whereas the more stringent testing the adult industry uses can detect infection in a matter of days after infection.

How does the testing itself actually work?

You will need to show up at what is called a drawing facility or lab.  These are the same places that typically do employer drug screenings.  Some common larger national companies include Quest Diagnostics, LabCorp, or Any Lab Test Now.  There may be others in the place you live.  Here is a run-down of the procedure:

1. You must take your valid photo ID!  This is to verify that you are the actual person being tested and not someone else.

2. You must take the lab order with you.  (Unless it has been faxed or emailed ahead of time). 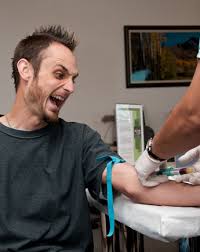 4. You will be expected to urinate into a cup.  Show up plenty hydrated.  Drink lots of fluid before the test.  This also helps for the blood draw.

5. You will have several small vials of blood taken.  Being hydrated can prevent being queasy or fainting from having your blood drawn.

That’s it!  Usually the whole procedure only take 15 minutes, unless the lab is especially busy.

Your results will be emailed to you, typically, between 24 and 48 hours of having your test.  If you actually test positive for an STD, there will be a doctor available via phone to answer your questions and prescribe treatment.  Otherwise, you are all set for your scenes.

Many people think that the adult entertainment industry is difficult to break into, but you can start today if you have a little spunk and you are ready to work! APPLY NOW!